One of our favourite activities in Tel Aviv, was to spend the late afternoon and early evening at the park whilst watching the sunset and letting the kids build up an appetite before dinner. We found generally people ate a lot later too in Tel Aviv and this was a great way to spend a few hours outdoors before dinner time. 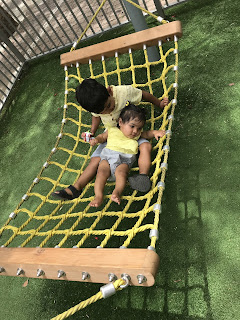 The parks both on the weekend and during the week were always busy, filled with families and groups of friends enjoying the amazing weather and views.

One evening we even witnessed an entire elaborate proposal being set up, lots of red roses and a candle lit walkway. After all that effort and if front of a park full of strangers she thankfully said yes. 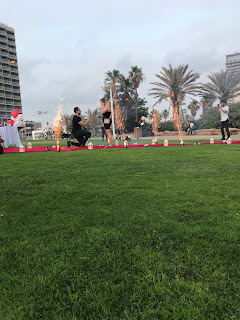 In addition to the larger parks, Tel Aviv also had lots of random play areas dotted around the city. Most of the streets had large central pedestrianized boulevard down the center which often had smaller play areas cut out, the kids loved these little pit stops and we found they were fab for them to left off a bit of steam and for us to have a breather and cool down.

Some of the best parks we found were:

One of the largest childrens' play areas with equipment suitable for all ages. Located in the northern part of Tel Aviv, just past Gordon Beach and very popular with families. 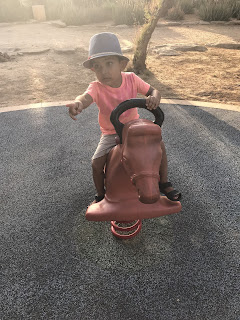 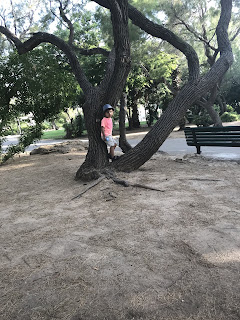 Right next to the Independence Park on the other side of the Hilton Hotel, an amazing spot to catch the sunset, it has a sloping grass area with views of the sea. This also provided the backdrop for the romantic proposal we witnessed. One evening we took a picnic dinner down to Siegal Park and spent nearly the whole evening there. Top tip - at weekends it gets really busy so make sure you get there early with your blanket to reserve a spot for sunset viewing. 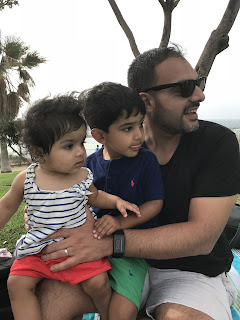 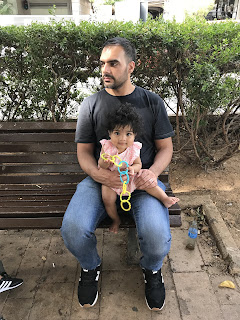 A very large park with a lake, petting zoo, bird park and water park, we only saw a small section. Often described as the Central Park of Tel Aviv. 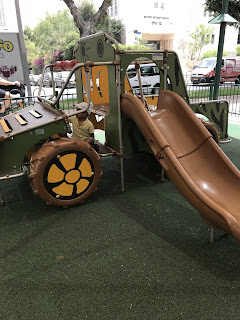 One of the most iconic streets in Tel Aviv, we began our morning at the famous Benedicts before walking down Rothschild Boulevard stopping often at the many play areas dotting along the center and also at the famous Coffee Kiosks for a iced coffee to cool down in the heat. Many of the bauhaus buildings that line this street used to be homes but they have now been converted into offices, galleries and boutique cafes. A leisurely stroll is a great way to spend the morning in Tel Aviv.

After visiting the epic food market we wondered outside to find a hugeeee playground completely empty. I would say a lot of the equipment is more suited for older children, however our little ones still had lots of fun adapting it. This part of Tel Aviv during the week was a lot quieter with lots of little boutique restaurants with outdoor seating to chill in. 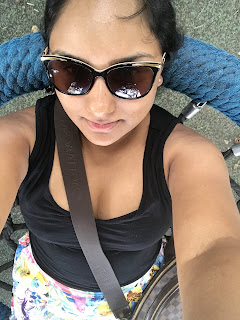 I found that every second person walking down the street in tel aviv either had a pushchair or a dog, so family life is very much a part of the culture as a whole, as is outdoor living. From all the open terrace at the coffee shops, to the great use of city space to provide small playareas and shaded chill out zones. It was the perfect beach city break for us to enjoy as a family for a few nights.


Check out my other posts in our Tel Aviv with Toddlers Travel Series: 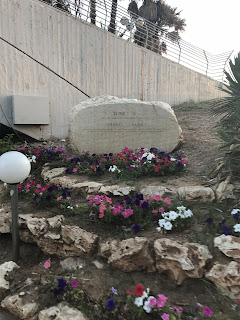