One of my most favourite things that I may have said before about going away is the hotel breakfasts. I love to go all out and have at least three or four courses to my breakfast, so upon arriving at breakfast early at the Kempinski I was impressed with the large variety of options and choice available. Including a fresh fruit and vegetable juicing section and huge table of pastry displays. However after eating and trying quite a lot on offer I felt that none of it was actually that tasty or fresh tasting, it was not the best breakfast I have had and I was rather glad we were only staying the one night.
Check out that morning was a lot less painful than check in the previous night and the hotel kindly agreed to keep some of my suitcases until our return to Nairobi a few days later, they had also taken delivery of a car seat we hired out there locally, another example of the exemplary service provided by the staff.

My final thoughts upon leaving the hotel would be amazing service, beautifully decorated to create a very calm oasis in the middle of a bustling city. I had mixed opinions on the food but would definitely  recommend it to anyone staying in Nairobi.

The party day had been meticulously planned to every detail, with a number of people flying into the country and those who live locally also travelling as part of a convoy to a secret location. Our first port of call was to meet up with the rest of the guests at ABC place, a local shopping centre. 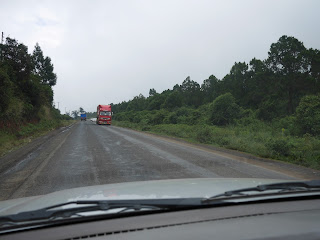 From here the convoy drove for around three hours towards our surprise location Narok, the drive was a lovely chance to see the country and get a chance to see everyone going about their normal Saturday life. 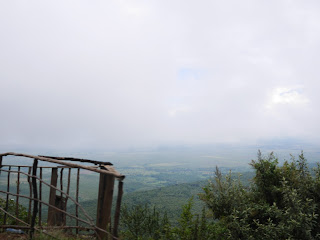 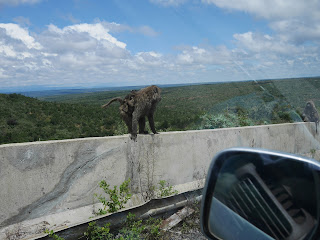 We stopped for a few photo opportunities at viewpoints along the way and at Tuskys, one of Kenya's largest supermarkets and enjoyed the relaxing drive. 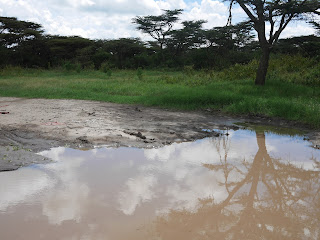 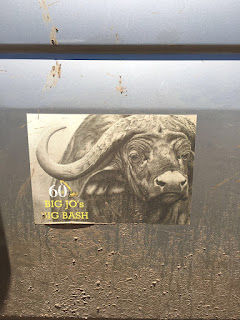 We arrived into Narok early afternoon to the secret location, a custom made glamping base setup around my family country home. Whilst waiting for the rest of the convoy to catch up, we heard the sound of a small plane circling above us several times; the birthday boy had arrived and realised something fishy was going on at his normally peaceful weekend retreat. This was our cue to get into position to scream surprise as he entered the party. 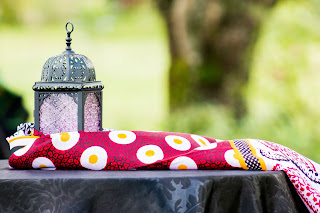 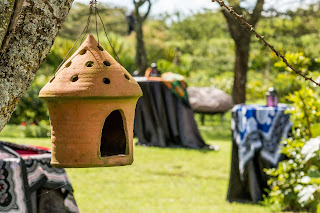 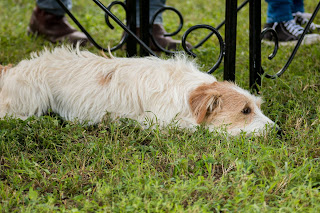 The party grounds had been setup magnificently, with fresh coconuts being served from the bars, giant swings and African influenced decor, the whole vibe gave the atmosphere of being at an exclusive African ranch.

After the big birthday surprise, we were all shown our luxurious glamping tents for the night by our personal butlers. The tents were amazingly constructed equipped with a fun bathroom and running water (hot water if you asked your butler to fill it up). I loved the decor, mosquito net dropped beds and the small attention to details such as the mints, water and torches on the bedside. It was my first ever time glamping but i would be happy to do it again if this is how it always works. 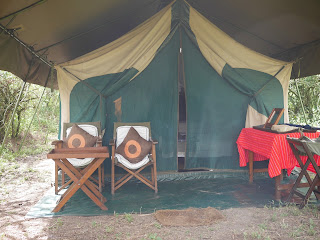 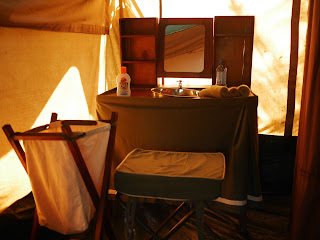 We made our way back through the camp to the main house for our first lunch in Kenya, and it was truly an authentic and delicious one. We were treated to freshly made pizza cooked in a traditional kenyan pizza oven called a jiko unfortunately I forgot to get a picture of this but an example is  - jiko pizza oven. The jiko oven is a charcoal cylinder with built in shelfs to cook the pizzas on. A thin pizza base is topped with a tomato sauce and toppings of your choice before being grilled in the oven for a few minutes, a similar taste to a woodfired oven pizza. These were served with lots of fresh tasty salads.
Outdoor cooking in this form is very typical of the Kenyan food culture. For Bubs first birthday we hired a caterer in London who has one of these ovens to provide the food for the event, he served a variety of starters, followed by pizza chips and salad, everyone really enjoyed it so if you would like a taste of Kenya at your next party feel free to contact Kuki - Jiko Pizza. 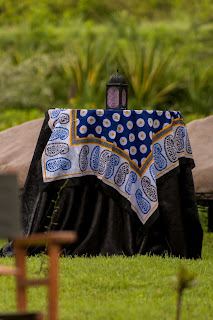 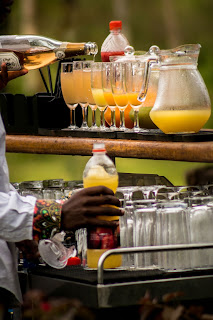 After lunch we took a small tour of the farm in Narok and even spotted a number of animals along the way who now call this home. Just as we returned back to the main house it began to rain so we headed back to our tents to freshen up and change for the party that evening.
However within a few minutes the slight drizzle turned into a full thunderstorm with monsoon rains, it soon became apparent that the rain was not going to stop either.
An entrancing experience lying on our beds under the mosquito netting listening to the rain pouring down onto our tents. After an hour we gave up expecting it to stop and with a few alterations to our planned 'Out of Africa theme' outfits into some more waterproof choices we got ready to join the rest of the guests to have some fun in the rain.

It may seem that the pouring rain put a damper on the celebrations as would have been the case at a typical British BBQ event; and although it was a shame we couldn't appreciate the beautiful grounds, the actual party was still a roaring success.
It was a cosy evening with most of the guests congregating around the only shelter outside near the bar, the effect of this being that soon enough everyone got to meet all the other guests and were able to get drinks very speedily.
Bugs decided to fall asleep half way through the party and had a brilliant nap all wrapped up in his blankets on his own star - gazing bed whilst everyone else partied away around him, I love the way babies can just sleep through anything when they want too. 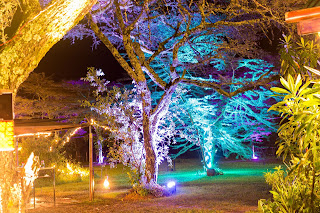 For starters at the party we had some traditional Kenyan food including Mogo ( a deep fried cassava dusted in lemon and red chilli powder), Corn on the cob (grilled and coated in spices), Keema Samosas (mini minced lamb samosas in a filo pastry served with a wedge of lime to cut through the fattiness of the meat). There was also roasted lamb that had been cooking on a spitfire for most of the afternoon.
For mains we started with a warming soup and garlic bread, followed by mutton curry for main, perfect comfort food to warm everyone up.

Understandably I was too busy enjoying the party and all this food to take any pictures (sorry). The party continued on into the early hours of the morning however me and Bubs returned to our tent around 1am for a very comfortable nights sleep and I have no idea what time Mr S came back into the tent.

Waking up to a crisp morning out in Narok, our tent butler soon supplied us with hot water for showers and we were all soon ready for another african adventure.

To fuel us for the day ahead I enjoyed the best breakfast we had in the whole trip. Hot crispy parathas being made on an outdoor grill plate, served with lots of curries, yoghurts and pickles. Along with an assortment of fresh juices, fresh fruits and lots of deserts to finish the meal.

One of my favourite things part from the extra crispy parathas were these Sesame Fudge Sweets made out of chickpea flour, called Besan Ladoos. I will do a post on the recipe kindly shared by my aunty who made lots of these for the party before hand. She also kindly packed us some take away ones to bring back to england when we left Nairobi.