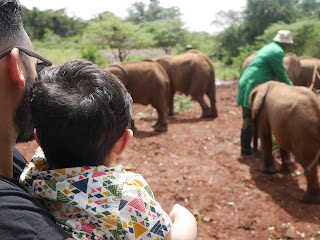 In collaboration with #babycantravel my Top Ten Travel Tips if travelling to Kenya with a Toddler. 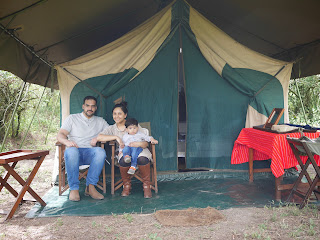 Bubs was around 18 months when we first visited Kenya and the below summarises what I found most useful :) 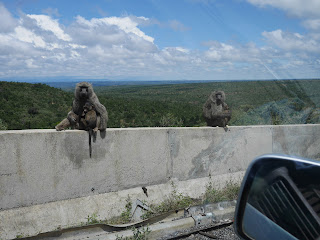 Ensure your little one and yourself is fully vaccinated before going by checking with your local Travel Clinic, some vaccinations will be dependant on the areas you are travelling within Kenya itself. For example if just visiting Nairobi not all are required but if you are planning on doing Masai Mara and the coastline its best to be prepared. Some vaccinations are also only available privately such as yellow fever and you may need to carry the certificate for this whilst there.
Malaria tablets will also need to be taken depending on which parts of Kenya you are travelling too, Bubs had to take one tablet a day whilst we were there and I found the best way to give this to him was to first crush it between two spoons and then hid it in a desert such as custard, jam, ice cream, banana basically anything sweet that would disguise how bitter the taste is, also found it easier to give it in food as I knew it would be eaten in one mouthful rather than mixed with milk in case he did not finish his drink. 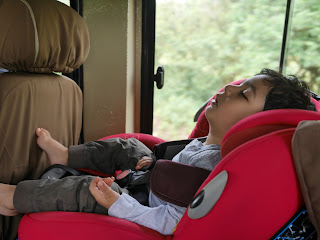 Hire a car seat locally - I used a company called Baby Mama who were great, they also have other items for hire and are very responsive to emails and being in touch with you once you land in Nairobi.  They will arrange a drop off and pick that is convienant for yourself,  this made it much easier than transporting one from the UK. Aside from the obvious health and safety aspect of using one, a car seat is a big necessity firstly due to the amount of traffic in Nairobi. If you read through my blog post - Kenya Part 1 it details how long it took for us to drive from the airport to hotel when we landed. Even going for lunch in Nairobi you will need to allow around an hour for your journey. Secondly for travelling long distance, although no legal requirements to have car seats, it is much easier for both you and your little one and you. Some drives we did took around 5-6 hours in total and this meant he could have a long nap and play in his seat safely for most of the time.
The only other piece of baby equipment I used was the travel steriliser, I used a Milton cold water system for bottles on a few occasions.I also took a portable highchair with me, but never needed to use it in the end as all restaurants we visited provided these. 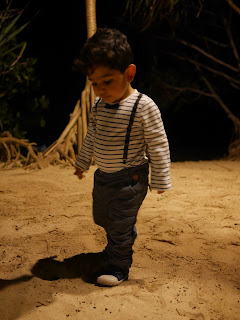 Whichever time of year you go I would still take lots of light layers for your little one as it can get chilly during early mornings and the evenings, especially when you are out in the Masai Mara.
We went during the rainy season so good waterproofs were essential, even along the coast where during the day we had beautiful blue skies and 30 degrees it still got cooler in the evenings. Also good to have thin long sleeves and trousers to provide additional protection against mosquitos. 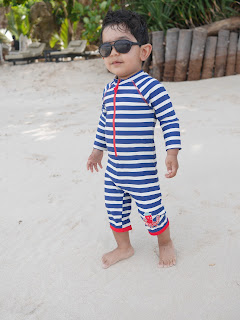 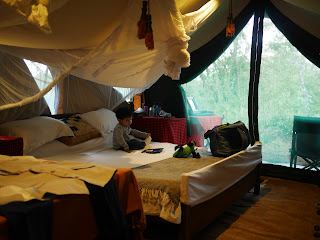 We were very lucky and did not get bitten at all, but it is always best to be prepared with baby safe insect repellant and relief - we use Mosquito Spray and After Bite Relief. I always carry both of these whichever country we visit in my first aid kit. You can also take precautions such as using the mosquito nets surrounding the beds when sleeping. 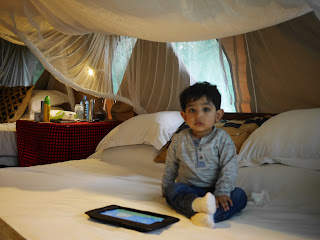 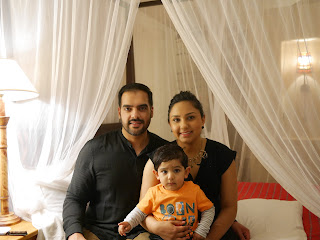 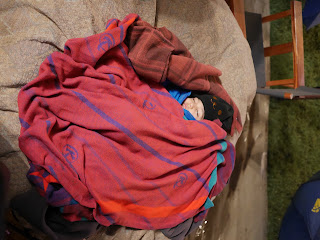 I travelled with lots of pre-made formula, as we were flying with emirates we had a huge weight allowance of around 48kg each multiplied by 16 travellers that was loads. Pre - made formula is by far your best bet when travelling around as road trips are often longer than expected and we were unsure where we would be and at what time of day. Having cartoons on me meant I was always prepared, it also helps if using toddler milk cartoons as they come with an attached straw  providing an instant hygienic solution anywhere without the need for bottles, beakers and sterilisers.

I also took Longline UHT milk with me in my suitcase which was great to keep in the fridge for cereal ( also took cereal) and I requested the hotels to use this to make him some fresh fruit refreshing milkshakes, these helped cool him down after a morning in the pools. 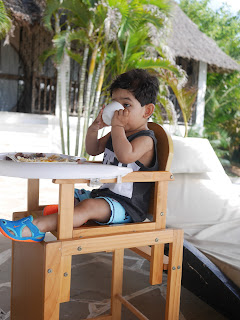 With regards to local milk, he did drink this a few times too when we were staying at hotels and in the Mara and was fine with it, no reactions or upset tummies, again it has all been pasteurised but it is nice for the little ones to also have a familiar taste of home when everything else is so different for them mainly at bedtimes.

Tuskers is a large supermarket in Kenya which sells lots of baby items including Pampers, these were more expensive than buying from here but as we were not tight on luggage allowance I took my own from England. Also if you are planning on buying them out there stock up when in major towns or cities, as nappies will not be available in a lot of the more remote locations. 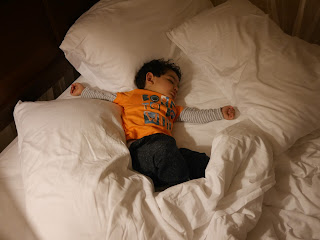 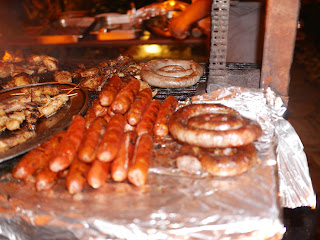 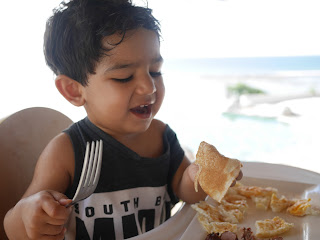 I took a lot of snacks with us for journeys, entertainment and keeping Bubs happy which worked great and a few ready made packets of food. He loved all his snacks but did not eat any packet food, only had local food and was fine. The cuisine included a lot of his favourites such as grilled meats, cassava and corn on the cob. 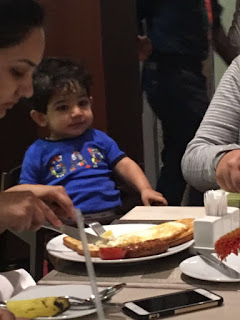 Take lots of these as public toilets in particular only give you tissue after a tip, not good if you are unprepared with no change. As with travelling to any country, or even down the road - kids will always end up getting them sticky so the best course of action is to be prepared. We also did some glamping with Bubs so wipes are great when the water supply is only temporary. 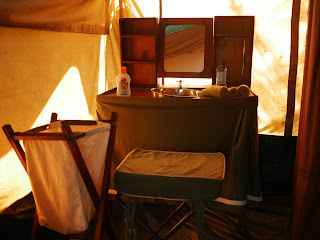 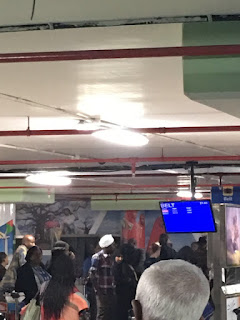 There are hardly any facilities to do this anywhere, which is fine as babies and toddlers are very adaptable but you just have to be willing to change them wherever you can. Bubs used the back of car, van, benches and most often the floor such as in Nairobi domestic airport. 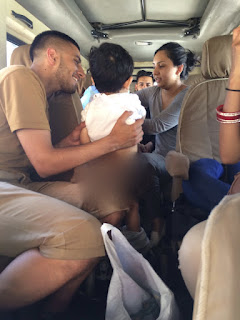 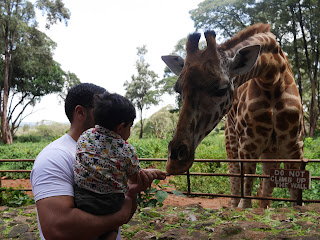 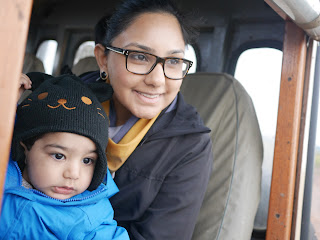 A huge part of visiting Kenya is the safari, one thing to be aware of when taking very young children is no car seats and also the morning safaris mean an early start for them. 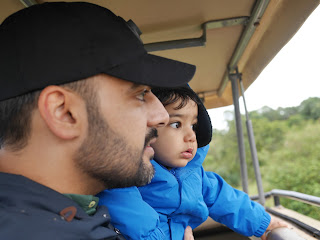 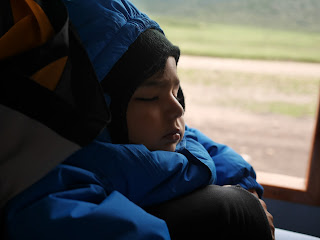 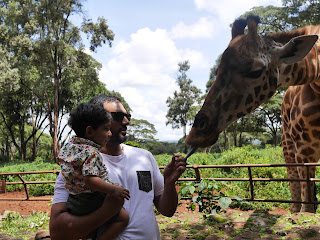 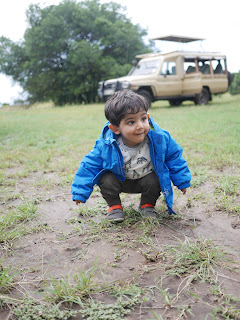 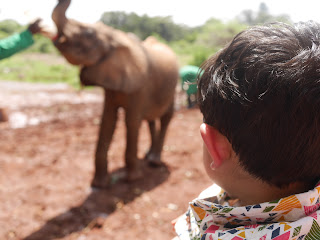 Links to our Kenya Blog Posts: