The Beautiful Beaches of Tel Aviv 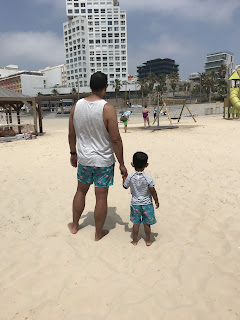 
There are 13 beaches along the coastline of Tel Aviv, generally they can be dividend up into different sections.
1)Religious beaches - segregated on different days such as Nordau Beach.
2)Hipster beaches - for younger, single, party people such as Hatzuk, Hilton and Aviv Beach
3)Central local and tourist family friendly beaches such as Gordon, Frishman and Bograshov Beach.

We spent most of our time at Gordon and Bograshov Beach, both of which were busy but in a lively, happening way rather than a no space for my sunbed way. The sand is amazing in Tel Aviv, having travelled around the world, this was some of the softest and cleanest sand I have seen especially considering it is a public beach. 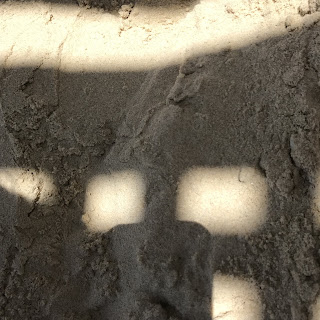 
Each beach has its own changing rooms, bathrooms, official kiosk and lifeguards. The lifeguards are very vocal and thanks to their microphones very loud too. They make it more than obvious if you are doing something you should not be.

Along the beach are several wooden pergolas which are perfect for providing shade, you can also rent out chairs and sun beds from official agents who work along the whole length of the beach for the day. They will give you a ticket, in case other agents walk past later in the day to check it has already been paid for. A really well organised system, compared to other beaches where this is normally just done by private individuals. We rented lounge chairs both times, rather than sunbeds as we knew we would not be doing much lying down. 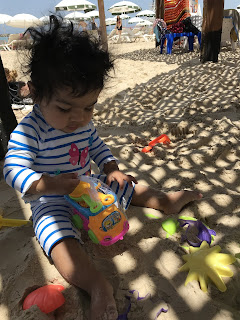 
Each beach has its own Kiosk selling water, snacks, ice cream and drinks, all with an official price list posted to ensure that everyone is selling at the same price. The more central beaches are also located next to lots of beachside restaurants to grab lunch or a snack and some of the bigger chains too. We took a picnic to the beach one day which was great and also grabbed McDonalds from opposite the beach another day. 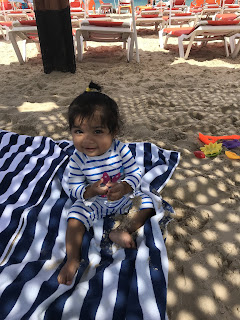 
Along the entire beachfront are several large children playareas, all free to use with equipment that has been well looked after. They are however most often than not, in direct sunlight, so maybe better suited to early morning and late evenings. Just another factor that makes Tel Aviv so child friendly. 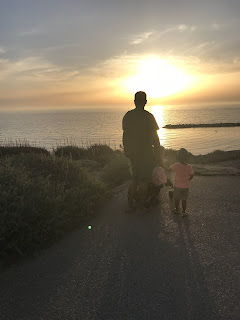 Check out the rest of the travel series in Tel Aviv below: